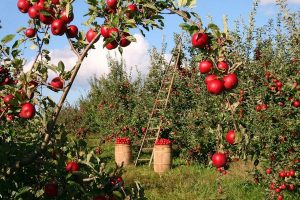 There is a nagging question as to how safe are the foods from commercially grown sources versus organic sources. The synchronization of advancing science and technology promoted the use of biogenetic alteration of naturally grown foodstuffs. Because of the supply and demand, farmers and suppliers have embraced “high-tech” form of commercialized farming.

To boost a rapid plant growth and increase production, commercial farmers are using different pesticides that have been linked to cause health problems. Some of these chemicals are linked to rare forms of cancer. In an effort to improve the nutritional value on many plant foods, some farmers are adopting the use of genetic engineering on foodstuffs or genetically modified organism (GMO).

For example, some reports indicated the effort to create a strain of “golden” rice funded by the Rockefeller Foundation which was intended to help alleviate malnutrition in the Third World Countries. This project was aimed at boosting the nutritional value of rice through the addition of certain vitamins and minerals. However, there are some reported concerns that genetically altered foodstuffs can pose health risks to humans. Reports have indicated that such alteration can cause allergies which can be life-threatening to some people because of its adverse effects. Some farmers also use different forms of elements to maximize production through the use of artificial fertilizers.

As known by many that the use of these types of fertilizers can adversely impact the environment – adding to pollution.  Another reports also have indicated that the overuse of nitrogen fertilizers in the farmland along the Mississippi River has decayed the drainage basin resulting in catastrophic effects on the fisheries in the Gulf.  And so, the overall run-off of artificial fertilizers from industrial farms and feedlots has polluted the nation’s rivers allowing only few marine organisms to survive. 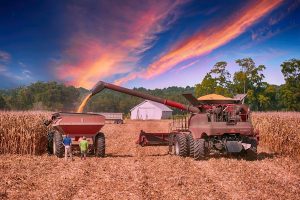 So, how do consumers know which way to go and what product to choose from? Do organic products give you 100% of the health benefits versus the GMO products? How do poor people get the benefit whilst they live from paycheck to paycheck? As the saying goes “nothing is perfect and nothing is permanent” is so true however, “bigger and newer” is not always better! The changing environment, science and technology dictate so much of how we live as a society. However, our decisions dictate our actions and so, our decisions must be based on the knowledge and understanding of what proper information for which we based such decisions.  For example, do we know what’s in the foods that we eat? How do these foods impact our health and well-being?

For Asians like me, do we notice the difference between the natural aroma of a freshly homegrown harvested rice versus what we now purchase from an Asian supermarket? Do we know if these supermarket products were produced from a process that did not involved GMO? Are there any research studies done to figure out why consumption of rice (even in moderate amount) leads to weight gain?

Technology – as the Environment

The online access to the worldwide web sets almost all of our daily agenda as a society.  So much of what we do are now dependent on the use of technology. However, so much of the information are also given worldwide by the fingertip clicks. Many succumb to their gullible instinct believing all that are being said via the web – which could be the web of lies or the web of truth!  As humans we are vulnerable to the most intrigues set forth by powerful media or powerful people who became gurus to make a dollar from your fingertips. However, as individuals I also challenge everyone to examine the web of truth.

Science – as the Base 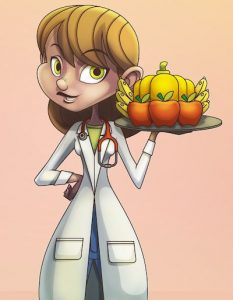 As a clinician I have a mission to make a difference among mankind by leaving a healthy legacy through the knowledge, skills and abilities that God has bestowed upon me. It is my duties to provide the rightful information that are evidence-based knowledge through science.  The mission of TrekFit™ is to promote quality of life for mankind – it’s as simple as that! Our vision is to be the preferred professional nutrition service delivered interactively by an expert in nutrition and dietetics in order to produce quality of knowledge and understanding on how foods make up for what we are as individuals.  Through the programs provided by TrekFit™, we can provide the proper guidance in navigating health through proper nutrition. The processes that we have put in place are based on proven results from scientific research and health studies performed by agencies that aim at preventing chronic diseases.

We will continue to provide information about obesity and how obesity has become an epidemic.  One of the many factors of obesity is the lack of knowledge between food and health.  Obesity is a chronic disease that affects more than a quarter of the U.S. population.  Reports show that in the past decades the rate of obesity is progressively rising and as a matter of fact it is now an impending national epidemic.  Combatting this problem is monumentally challenging.  Despite this alarming statistical relevance, many are still unperturbed about the dangerous effects of this chronic disease.  A recent data reported by the Centers for Disease Control and Prevention (CDC), the rate of adult obesity now exceeds thirty-five percent (35%) in all five (5) States in the nation with West Virginia having the highest rate at 37.7 percent.

According to the CDC’s 2009-2012 report, the prevalence of obesity was higher among boys and girls aged 6-19 years old, as compared with those aged 2-5 years old.  In addition, excess body weight in children is associated with excess morbidity in childhood and overweight/obesity state in adulthood.  According to the National Institutes of Health (NIH), a European study on obesity indicated that one-third (1/3) of the population in the European Union are overweight while 1 in 10 is clinically obese.  So, these reports clearly indicate that children and adolescents are the groups that pose the greatest concern due to the consequences involved as they grow older if no intervention is given.

However, regardless of the differences in the prevalence of obesity rate between sexes and ages, the risks involved are consequential effects of poor dietary practice and lifestyle domain.  The concern is how are we, as clinicians will be able to combat this dilemma?  If the children grow to be less equipped with the knowledge, skills, and abilities to take control of their health destiny, then as a nation we failed in controlling the most public health problem.  As the scientific community works on the prevention of such adverse conditions, we cannot also ignore of the fact that the need to work on childhood obesity is as much important as adult obesity.  The reason is that younger population will make up for the generational future of this country that will also shape its economic condition.

Therefore, TrekFit™ strongly recommends to do some online research by reading varied information to base or consult the appropriate clinicians who specialize on issues of your concerns before you make your decision.