The obese population in the United States has become the most important group of people that heightened the interest of clinicians.  The fact that obesity has steadily increased in the past three decades, this means that we as a country, are facing a tremendous financial burden.  The reason is that obesity leads to high blood pressure and diabetes which are the leading causes of  heart disease and kidney failure.  Categorizing obesity as a disease can easily be justified because of its cascading adverse effects on health.   Its impact on the economy prompted the U.S. Government to push for the aggressive campaign on prevention.  So many of these campaigns are being channeled through the National Institutes of Health (NIH) and the Centers for Disease Control and Prevention (CDC).

In the past two decades, many national health agencies have launched aggressive preventive campaigns to combat this disease.  However, unless the United States can work together to solve the causes and risk factors involved, the struggle will continue.  For that matter, clinicians have a big challenge in improving the health outcomes of the U.S. population.  Timely or not, initiating interventions aimed at curtailing the rising number of obese people via effective treatment modalities can significantly produce overall positive outcomes. 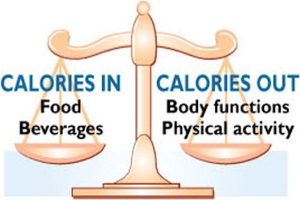 Lifestyle, genetic and environmental factors are significant contributors to obesity. The surge of advanced technology has created a far cry from a healthy lifestyle. Long before technology began surfacing the screen, you would see streets flooded with children on bicycles, young couples walking with their babies on strollers, people walking with their dogs, mini-basketballs on family driveways and more.  Nowadays these places are looking like ghost towns even during weekend late afternoons. The only way to find them is inside their houses cozily sitting in front of big screens of different types. Many don’t even want to take an extra step to pick up their mail from a 1/8-mile distance mailbox. They would rather almost “side-swipe” their mailboxes for a convenient arms-length pickup from their vehicle driver’s window. If they forgot to do that, they would rather waste a cupful of gasoline and put the gear on reverse to back up.

The American school curriculum has gradually decreased its emphasis in physical education while the school cafeterias have gone from bad to worse in the last 3 decades.  It wasn’t until in the last decade that a nationwide movement of Farm to School program came to life.  The State of Georgia is actively implementing the Farm to School program.  The way this program works is that Schools are connecting with local farms to serve healthy meals in school cafeterias, offering food and gardening education, and improving students’ health. However, this efforts have only came to life in most recent years.  Typically most government project delay are either due to lack of funding or over burdened by bureaucracy. 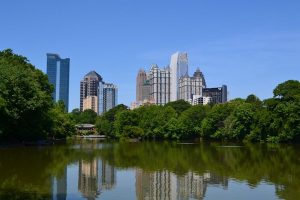 Another troubling reality is the loss of lands to buildings. Long before commercial and private real estate dwellings have mushroomed the metropolitans, bicycle paths and hiking trails were widely sprawled in people’s neighborhood to use for hiking, bicycling, rollerblading, and other activities. Where are they now? Whatever happened to those paths? They have mostly disappeared! Some were blanketed on eminent domains or just simply sold to the highest bidder. Before we realize it, one day we will wake up to reality that greeneries are gone and what we will see are environments surrounded by blocks of buildings and establishments.

And so, it would cost more pennies to go upward or northward to search for greeneries in the mountains just to find a path to hike, walk or ride bicycles, otherwise, private health clubs are mostly the only few options left to go locally for physical activities. What about those who could not afford a ride to those places or pay gym membership dues?

Reports have indicated that poverty is one of the contributing factors in obesity. So, how do we expect to easily combat obesity from these groups of people if affordability and/or availability for them to engage in physical activities is not within reach? Due to the nation’s economic downturn the number of poverty-stricken families will continue to grow, and so does the challenge to combat obesity will rise.