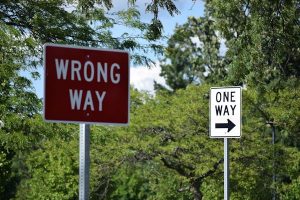 There is an increasing concern on the use of Over-the-Counter (OTC) supplements and Herbal Remedies because these products are not regulated by the Food and Drug Administration (FDA). The use of OTC supplements and herbal remedies by Americans is becoming a part of the daily household purchasing.

According to Tufts University, the Hartman Group (a Washington-based marketing research firm) report that Americans spent $1 billion a year on Vitamin E supplements and close to $1 billion a year is spent on Calcium supplements. Because these products are unregulated by the FDA, the accountability on their safe use is non-existent.

The FDA, is a U.S. Government regulatory agency, which safeguards the use of drugs or supplements not only by mandating their release and safe dosage, but also ensures accountability. The FDA allows prescription and OTC drugs to be sold on the market only after passing rigorous testing. OTC supplements and herbal remedies on the other hand, do not go through this route, therefore, they have no pre-market Government approval.

As a health care professional, I would caution everyone on the use of OTC supplements and herbal remedies. Because it is non-regulated, suppliers of these products can use “miraculous” words on the labels. These tactics can virtually entice shoppers to willingly spend dollars to buy these products without realizing the danger involved.

Many of these products claim significant levels of vitamins, other nutrients or elements indicating miraculous power to cure illness or boost health status. Because we (as humans), believe that “a lot is better”, and “having more is powerful” – we easily get carried away when we read these claims. How do you know these suppliers are telling you the truth that the product is pure and free of harmful substances?

What is Drug-Nutrient Interactions? A drug-nutrient interaction is a reaction between a medicine and one or more nutrients. Which nutrients? We are talking about MicroNutrients – Vitamins and Minerals which are found in the food that we eat. As written in other TrekFit pages, these micronutrients safely coming from natural food source nourish the body and help reduce the risk of chronic disease. However, the OTC source of these micronutrients can overload the blood system causing some adverse health effects especially taken when in large amount.

OTC drug such as aspirin for example is casually taken to prevent blood from clotting due to fear of stroke or to use just to relieve arthritis pain. If you are already taking a prescribed blood thinner medicine, it is important that you inform your doctor about the aspirin you are taking. The reason for this is that your body may respond aggressively causing hemorrhagic effect in times of injury or surgery.

Certain medicine also interacts with a nutrient which can keep the medicine from working its intended purpose. Likewise, food can also affect the effectiveness of medicine by either increasing or decreasing the amount of medicine the body absorbs. This means that if the body cannot absorb as much as the medicine is intended to do (due to the nutrient interaction with the medicine), it will not get the full effect of the medicine treatment.

In contrast, if the body absorbs too much of the medicine, it can also have a strong effect which can be harmful to the body. Lastly, nutrients can also adversely affect the rate as to how the body processes or removes a medicine. For example, the drug-nutrient interaction of foods high in Vitamin K, such as spinach, broccoli, turnips, and kale can adversely impact the effect of Warfarin or Coumadin which are prescribed by the doctor as blood thinnner to prevent stroke and heart attack. Likewise, taking OTC Vitamins can have a similar interactions.

Another example is the medication used to fight depression, such as Monoamine Oxidase Inhibitors (MAOIs) can also interact with foods high in tyramine, such as aged cheese which can cause severe high blood pressure. And so, taking certain OTC supplements that may contain tyramine can also have another devastating effect on health.

The Tufts University -Health & Nutrition Letter, reports that ConsumerLab.com is an independent company that acts as a watchdog over the supplement industry. According to Tufts, ConsumerLab.com investigated and tested several products for their contents to prove the industry’s claim. Products that were investigated and tested included Ginkgo biloba (an herb supplement believed to improve memory), Glucosamine and Chondroitin (used for pain and stiffness of osteoarthritis), calcium supplements, and Ginseng (an herb believed to cure fatigue and stress).

Their findings included many of the products failed to show content of the amount of substance claimed on the label. “At least two ginseng products for instance, harbor potentially cancer-promoting pesticides at more than 20 times the acceptable levels. And at least two contain unacceptable levels of lead, a harmful metal that’s toxic to the nervous system.” Likewise, many of these products have no scientific basis to prove its claim.

ConsumerLab.com lists the supplements that made it through their “Pass List.” Nevertheless, their “Pass List” is not a guarantee of the product, but a quality approved product that passed their independent review. To get your money’s worth when you buy a product without knowing its purity, reliability, effectiveness and safety, a good start would be to look at the ConsumerLab.com’s “Pass List” for quality approved products.

Many consumers are not properly informed about the consequences of OTC, especially taking several different kinds and in large doses. For example, there are OTC nutritional supplements that its label indicate for example, 200% of Vitamin C. Consumers who are uninformed about the facts that Vitamin C is a water-soluble Vitamin, would make purchases in large bottles. However, there is no more benefit than eating more fresh fruits